Level IV is top dog when it comes to the body armor rating standards set by the National Institute of Justice (NIJ): it's the highest level of protection you can buy when you're trying to keep bullets out of yourself. That's why a lot of people wonder what this stuff could possibly be made of to give it such an edge in combat.

In this article, we'll tell you exactly what materials are used in the making of the highest rated ballistic protection and touch on everything you need to know about Level IV body armor!

What is Level IV body armor made of?

Hard armor can be comprised of several materials, but Level IV armor in particular is typically made from a composite of the following:

Ceramic armor works by being harder than the bullet itself.

Because of this incredible hardness, ceramics can stop armor piercing ballistics like "Black Tip" 30-06 M2AP rounds. These rounds have an extremely hard steel penetrator that zips right through steel (common in Level III armor). But ceramic twists and erodes the bullet to the point where it can't do as much damage.

Also unlike steel, monolithic ceramics can be made in a variety of shapes and curvatures to fit different body types.

Their drawback? Ceramics are fragile and have to be handled with care to prevent cracking, chipping, or - in a worst case scenario - total destruction of the strike face.

The second hardest material known to man after diamond, you'll find B4C in the most high-end rifle plates.

Compared to other ceramics, B4C is:

Silicon carbide is a bit softer than boron carbide, but it's still a superhero in the ballistic material world. You'll most often find it in the mid to mid-high priced plates.

Compared to other ceramics, silicon carbide is: Aluminum oxide may not be as hard and lightweight as B4C or silicon carbide, but you'll still find comfortable, protective plates made with it if you stick with the good body armor manufacturers.

Compared to other ceramics, aluminum oxide is: This Level 4 Mira armor provides superior protection against everything from small handguns to battle rifles and common rifle platforms like the AR-15, AK47, M4, etc.

UHMWPE is a robust thermoplastic 5 times stronger than steel. It's used in both soft armor and hard armor and also in helmets, often in the form of Dyneema®.

Polyethylene's claims to fame in the ballistic armor world are its ability to survive multiple hits and its extremely light weight.

Polyethylene is a common backing material for ceramic rifle plates because of its strength and ability to further dissipate impact force.

ShotStop Duritium Level IV+HS Ballistic Plates combine the strength of a layered cutting-edge polyethylene with the hardness of composite alloy. This makes for extremely lightweight body armor that exceeds the NIJ requirement by 6x!

The great thing about ShotStop plates? They come with a 10-year warranty so you can have maximum protection that lasts and at a very low cost.

Another common material in Level IV armors is a layered woven synthetic fiber like Aramid.

Aramid fibers have extremely high tensile strength and are incredibly lightweight. They're the major ballistic resistant component in soft armor (up to Level IIIA), but they're not tough enough to handle rifle threats on their own. That's why they're another common backing substance in hard armor plates.

Is it legal to own Level IV body armor?

Yes, it's legal in the USA on the federal level for civilians to buy and wear Level IV armor if they are:

What are the differences between Level III, Level III+, and Level IV body armor? Level IV is the only level of protection tested to stop .30cal steel core armor piercing rifle ammunition. Keep in mind that to achieve this threat level rating, a plate is required to stop 1 impact from a 7.62MM AP (Black Tip). That means it's not necessarily better protection than Level III.

Level III+ isn't an official NIJ rating, but body armor manufacturers use it for ballistic gear that can handle everything Level III can plus special threats beyond the scope of Level III - specifically M855 (Green Tips) and M193.

If you're going to be buying and wearing armor, it's good to know what the different NIJ protection levels mean in detail so you can identify your most likely threat and choose the right body armor level for it, whether that's a soft vest or a carrier vest.

Yes, but not alone. Used in conjunction with (ICW) a Level IIIA vest, it should be able to resist AK 47 armor piercing rounds.

How much does Level IV body armor weigh?

It differs with brands and cuts, but here's a good weight estimate for different materials per plate:

Why isn't there Level V body armor and will there ever be one?

Weight is the main obstacle.

Keep in mind that body armor's job isn't just to stop a ballistic projectile. It also has to spread the force of the impact energy so that blunt force trauma won't kill the wearer.

The blunt force you'd get on impact from a .50BMG (Brownie machine gun) and larger caliber rounds would be so massive that no wearable body armor could stop it. The armor would be so ridiculously heavy the solder would basically be a statue with a gun.

Will there ever be Level 5 ballistic protection? Never say never. But in the near future?

Recommendations for Level IV plates for any budget

Time for recommendations from the Bulletproof Zone armor collection! We've got something for you no matter the budget you're working with.

Want to save some money? Go for: This 10 x 12 single curve Level 4 armor from Legacy Safety and Security is a great deal for the price. Made with silicon carbide, it's lightweight at 5.8 lbs. and multi hit rated.

Time to splurge a little? Go for: The DFNDR is Level 4 protection in SAPI cut and is only 5.8 lbs. Its multi curve form makes it popular. It can be used alone or ICW soft armor.

Want it all there right out of the box? With two hard armor plates and a low profile carrier vest, this Shellback kit gives you the right level of protection for an active shooter. It's also not a bad kit if you're prepping for a SHTF scenario, too. 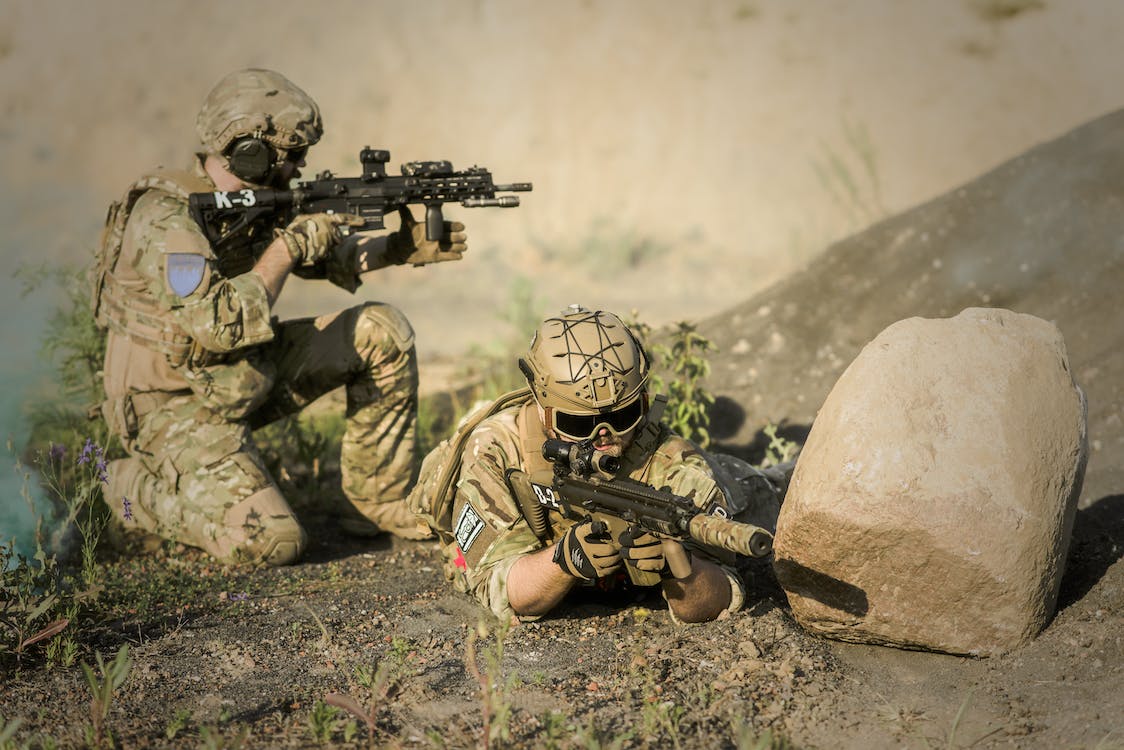 If armor piercing bullets are a very real potential threat, then YES, the only armor rated to handle an impact of that magnitude is NIJ IV. Law enforcement dealing with an active shooter or military personnel carrying out tactical missions are best served by Level 4 plates. And if you're a prepper dead serious about making it through whatever's coming, Level 4 is good protection to have on hand.

But it’s not the best type of armor for everyone. For corrections officers or regular duty police officers, no, Level 4 isn't really necessary. A soft armor up to Level IIIA is your best bet.

What about hunters? Level III hard armor plates would stop the most common lead core hunting rounds, so no, we wouldn't advise Level 4 for you.

And other civilians? Unless you're shooting with your own steel core ammunition, we've got a nice collection of gear with a protection level more relevant to your needs. Think along the lines of a Level II or IIIA bulletproof vest.

What level are you thinking about for yourself? Leave us a comment below!